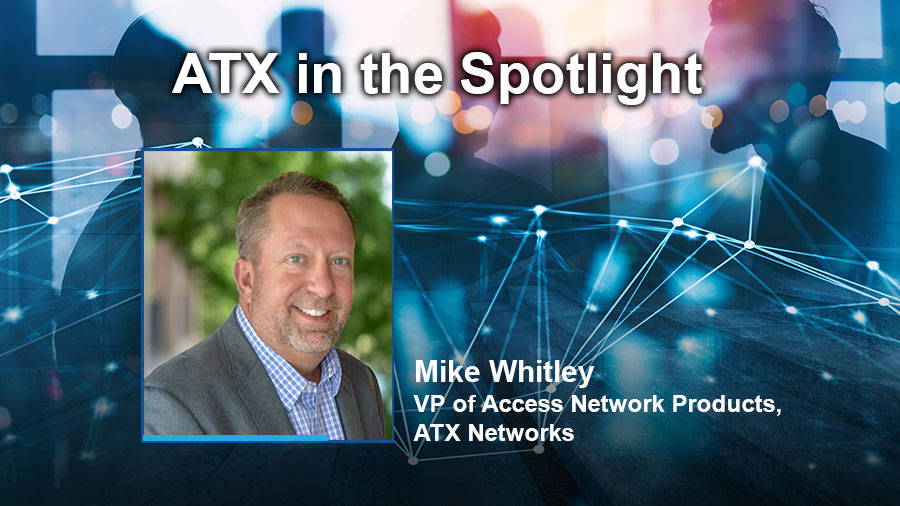 Standards are essential to the cable industry. Without them, innovation slows and the cost of building out networks capable of delivering world-class speed and bandwidth to millions of subscribers soars. Not surprisingly, standards development is a significant contributor to the cable industry’s longtime success in delivering unmatched broadband services. It’s also a core focus of CableLabs and SCTE-ISBE, which joined forces late last year. Among the organization’s most recent standards activities is the formation of the 1.8GHz Actives Working Group. One of the group’s co-authors, Mike Whitley, whose day job is VP of Access Network Products at ATX, recently provided some insight on the group’s activities and objectives.

The working group leadership is led by three chairs – one each from Cox Communications, Charter Communications and Shaw Communications — and two co-authors. The five of us work together to write the document and then take that information to the larger weekly forum, where we typically get 30 to 40 participants from various operators, vendors and even component suppliers.

What’s the objective of the working group?

The main objective is to craft the specification document for 1.8GHz HFC amplifiers, both system amps, which the group refers to as multi-port amps, and line extenders. We are also charged with creating a specification for what is being called a “Booster Amp,” which will be a small low-gain (forward and return) device that fits between the multi-port amps when the spacing of coax and passive loss is larger than the main amps can handle. We are not focused on amps that reside in the node – but it’s not difficult to visualize how this specification document can be extended into an amp for the node.

Speaking of nodes, another outside plant-focused SCTE standardization effort is the Generic Access Platform (GAP) Working Group. Is the 1.8GHz Actives Working Group also working toward a generic platform?

No, the 1.8GHz Actives working group will not be defining a common housing or identifying a specific form factor that all vendors will need to comply with. With the amplifier initiative, the group’s chief focus in on providing technology companies with the guidance they’ll need to deliver solutions, whether that means reworking existing housings or moving to new housings, that will give cable operators the least disruptive and most cost-effective building blocks for the evolution of their outside plants.

I believe it is an offspring of some of the early work around DOCSIS 4.0 and a logical outcome of the cable industry’s desire to speed the pace of technology innovation.

What’s the genesis of the 1.8GHz Actives Working Group?

I believe it is an offspring of some of the early work around DOCSIS 4.0 and a logical outcome of the cable industry’s desire to speed the pace of technology innovation. The industry has consolidated to some degree and operators naturally want to simplify their operations and networks through greater equipment commonality and a reduction in variations among product options. This is beneficial to the entire ecosystem. This desire led to an MSO consortium of sorts, made up of several worldwide operators that get together on a regular basis. The consortium has essentially written a Product Requirements Document (PRD) that has since morphed into an SCTE working group to write a specification for these products. The SCTE has recently completed a 1.8GHz/3GHz tap specification document, which my colleague Brad Nikkari co-authored. The 1.8GHz amps working group was next up, and I see the possibility for several more over time, including one for the node amp modules mentioned above and possibly other parts of the HFC network.

From your perspective, what characteristics or qualities should a well-defined specification possess?

For me, a quality specification would provide technology manufacturers with the needed guidance to ensure interoperability but also enough freedom to still innovate and differentiate where possible. An effective standard should not be so narrowly drawn as to discourage participation nor so broad that it doesn’t get the results everyone is looking for. It’s an interesting process and I’m excited to be a part of this one.

What’s the timeframe for completing your work?

We’re aiming for Q3 of this year for the initial release.

You’ve been in the cable industry for nearly 30 years. Can you share some of your career highlights?

I got my BSEE from Colorado State in May 1992. I spend my early years as an HFC Field Engineer at Antec (predecessor to Arris), and then another few years in a product management role, contributing to the development of a complete HFC product line, as well as the revitalization of an acquired amplifier portfolio. During my tenure at Scientific Atlanta I moved into a System Engineering role, where I led a team that contributed to the sale, installation and operations of HFC products, architectures and solutions. I joined Cisco through the acquisition of SA in late 2006 and I worked in various System Engineering and System Architectural roles, again focused on HFC technologies. I joined ATX at the end of last year, where I expect to continue to contribute to the advancement of the cable industry. My career roughly started at the same time as the birth of the HFC network. I take great pride in knowing that the HFC network will still be around, delivering industry-leading broadband services, long after I’m retired.