How will the Post-COVID Workforce Impact HFC Network Evolution? 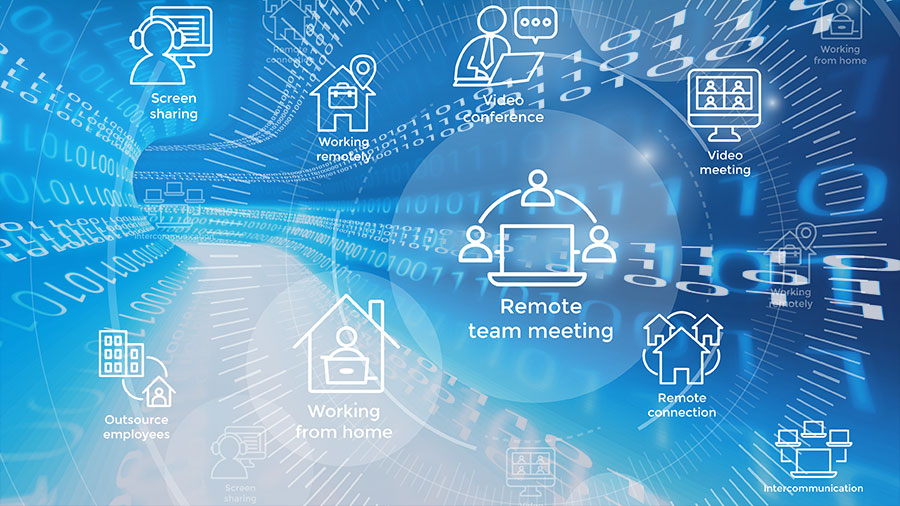 With COVID restrictions beginning to ease and the potential for a majority of the adult population to be vaccinated sometime this summer, businesses and social observers are starting to contemplate what the workplace might look like in the not-to-distant future. The question of whether workers flock back to their cubicles is of particular interest to cable operators, many of which had to accelerate capacity expansion plans last year to accommodate Work From Home (WFH)-related traffic surges, especially in the upstream portion of their networks.

While no one can say for sure if office workers will resume their former work habits once it’s safe to do so, the latest thinking on the topic suggests that telecommuting is here to stay, at least for a sizeable share of the population. A March 2021 article published by the Harvard Business School pulls no punches on the subject, pronouncing the traditional workplace deader than a doornail. Now that workers have tested the WFH waters, the article suggests, there’s no going back.

That sentiment is backed by data. According to a recent Pew Research Center study designed to measure how the coronavirus outbreak has changed the way Americans work, 54% of respondents who say their jobs can mostly be done from home would prefer to continue to telecommute all of the time or most of the time after the pandemic is no longer a health threat. Only 11% of survey takers said they would rarely or never opt to work from home, given the choice, once the office opens.

So, what does the likely normalization of the new normal mean for cable operators?

For starters, they can throw out any expectations of a reversal or a correction of the traffic surges that emerged roughly a year ago, and accounted for about a year’s traffic growth in just a few months. Those gigabytes are long gone, and they’re never coming back.

That’s probably not much of a revelation to most cable operators. But it still might sting a bit to know for sure that your capacity expansion needs, especially on the reverse path, are not going to become any less urgent in the near future. Cable operators can pretty much ditch any hopes they might have been harboring about altering or delaying capacity expansion plans, whether through mid- or high-splits, or another spectrum expansion exercise, like the adoption of DOCSIS® 4.0. For cable traffic engineers, there’s no rest ahead for the weary.

Another potential and less-obvious repercussion of the demise of the traditional office is that the formal recognition of the rise of telecommuting is likely to set off an explosion of investment in applications that enhance the virtual workplace. Expect venture capitalists to pour billions into technologies — like holographic displays, VR and AI — that create deeply immersive environments that would allow workers to feel like they are sharing the same conference room. We’re talking communal experiences that go way beyond a Zoom session on steroids. Think Star Trek, for lack of a better example outside the science-fiction realm.

That’s potentially bad news to cable operators, since these bandwidth-vociferous applications are likely to require oodles of capacity and speed to provide the intended experience. Cable operators may find that they will need to blast past 10G to deliver adequate bandwidth for these office-of-the-future applications, which will soon be joined by other holodeck-like services, such as highly complex telemedicine applications.

How quickly subscriber demand for speed and bandwidth grows is a major variable that could wreak havoc on how cable operators evolve their networks and the timing around their gradual-but-inevitable transitions from HFC to FTTH. If and when cable operators expand the spectrum of their HFC networks, bulking up their coax plants to 1.8GHz or higher frequencies, depends heavily on the competitive landscape. If bandwidth demands rise faster than expected, cable operators may need to boost the performance of their HFC networks sooner rather than later to avoid losing customers to all-fiber providers – or even 6G wireless providers sometime down the road.

In a way, cable operators have the standout performance of their networks under the stress of COVID-imposed WFH conditions to thank for the current situation. Had their networks not been able to meet the demands of a suddenly shuttered-at-home workforce, hordes of workers might be gearing up right now to head back to the office.