What Factors are Contributing to DAA and other Deployment Delays? 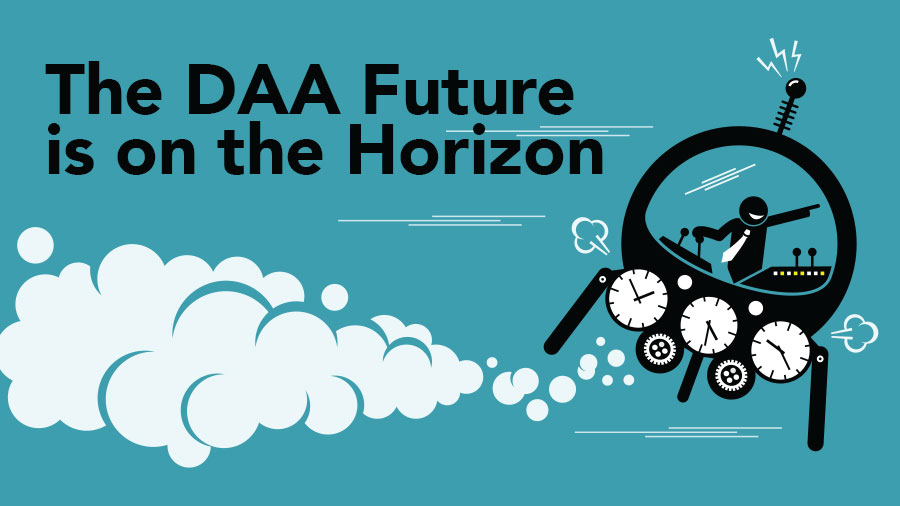 It’s not exactly a secret that much of the momentum behind the real-world installation of Distributed Access Architecture (DAA) has diminished over the past year or so. Numerous and recent media accounts, like this one, correctly identify a slowdown in DAA adoption for 2019 and point a finger toward the next calendar year for a likely surge in significant activities.

“DAA is delayed
but inevitable.”

But it shouldn’t be a surprise, either. Nearly every technology evolution, and DAA merits evolutionary classification, takes longer than originally predicted. The reasons behind most technology delays are usually related to overly ambitious estimates of how quickly a technology can mature or how quickly an industry is able to absorb the cost of adoption. I don’t know about you, but I’m still waiting to take a spin in that flying car I was teased with as a kid.

The analogy of airborne autos and DAA adoption is a poor one, of course. The technology behind DAA is solid, and in some cases both standardized and commercially available. A few MSOs can even point to actual introductions of DAA-powered services. But DAA adoption is not without issues, as the reported rollout delays indicate.

For starters, MSOs have multiple DAA options to weigh, the most prevalent being a choice between Remote PHY (R-PHY) or Remote MACPHY (R-MACPHY), the difference and benefits between the two explained here. From a standardization perspective, R-PHY is much further along, with CableLabs issuing a specification in 2018. But standards don’t magically ensure interoperability, and some cable operators continue to struggle with R-PHY integration and interoperability issues on the DOCSIS and video side of things.

Those pursuing an R-MACPHY path are even further away from commercial equipment, let alone a comfortable level of standardization and interoperability. CableLabs hasn’t yet blessed the R-MACPHY standard, essentially placing any MSO committed to the technology in a holding pattern. The alternative is to experiment with technology that would need to be updated to ensure interoperability and standards compliance.

And then there are the decisions around spectrum and bandwidth. MSOs can opt for sticking with standard spectrum for the time being, adopt Full-Duplex DOCSIS (FDX) or move to some form of Extended Spectrum DOCSIS (ESD) sometime in the future. FDX is currently in the experimental or early trial phase for the most part, and ESD is just beginning to attract serious attention. Add to the mix recent reports of a pending DOCSIS 4.0 specification, giving MSOs additional options to consider and somewhat reshuffling the specification deck.

But it’s not just DAA and spectrum decisions the MSOs must deal with. The disposition of your HFC networks is very much up in the air, too. First you need to decide how deep you want to push fiber into your network, with options ranging from keeping the current depth (Node+6 amps, for example), to pushing it near the edge (Node+2 amps, say) or eliminating amps altogether (Node+0). More than a few MSOs have realized the considerable cost of Node+0, and are recalibrating their strategies.

Next, MSOs need to sort out their optimal mix of upstream and downstream bandwidth. As mentioned previously, upping spectrum along the lines of what ESD or even DOCSIS 4.0 promises opens up the opportunity of allocating enough spectrum for upstream bandwidth to enable MSOs to achieve the symmetrical speeds of FDX without upgrading to N+0 .

Underlying all of this is the very real and responsible hesitation of MSOs to invest money in technology that may not have a lengthy lifespan. The term regrettable spend is starting to gain traction in the MSO community like never before, another reflection of the fact that cable operators have never been confronted by so much choice – and risk — surrounding technology choices. I’ll never again see the $14 I just shelled out for the latest Springsteen record, which is a far, far cry from Born to Run or even Darkness on the Edge of Town. But MSOs are talking millions, if not billions, if a technology investment doesn’t have legs, which can buy a boat load of regrets and derail a promising career or two.

Given the high stakes, the plethora of architecture and technology choices and the varying states of readiness of that technology, there’s little wonder that MSOs are taking their time and being as deliberate as possible with purchasing decisions. One possible insurance policy is to focus on flexibility and agility. Cable operators need to make sure any equipment they purchase today is adaptable to fluctuations in technology. The key is to avoid pulling the trigger on anything that is not open, technology-agnostic and futureproof.

DAA is delayed but inevitable. The cost and performance benefits of moving to digital transport, including the ability to virtualize much of your operations, are too profound and too close not to happen.

And don’t look now, but that flying car I ordered 30 years ago is ready for a test drive. The wait for a resumption of DAA adoption won’t be nearly as long.