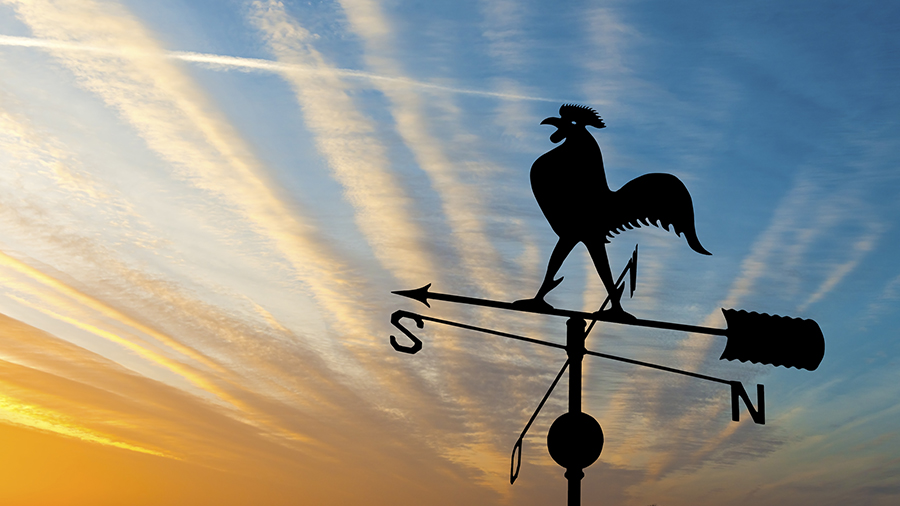 Most cable technologists and engineers tend to think and plan in increments of about five years or so. And for good reason: technology evolves at such a rapid rate that today’s cutting-edge equipment, and the adoption assumptions it is based on, could be outdated, or even obsolete, within the space of a presidential election cycle.

So imagine what happens when you stretch the time horizon to 20, or even 30, years into the future. That’s akin to what ATX did late last year with the introduction of the 2050 Project, an HFC evolution initiative that’s based on the proposition that the coax portion of cable networks will continue to support millions of subscribers for decades to come.

But rather than a call for cable operators to do the impossible and plan out the technology evolutions of their networks over the next 30 years, the 2050 Project instead asks cable professionals to take a long view of the evolution of their HFC networks and their inevitable transition to FTTH by factoring in some of the variables that will determine how and how quickly they transition their networks. By doing so, cable operators can better absorb the expense of their HFC-to-FTTH migrations, avoid missteps and maintain their competitive ground by making sure the HFC portion of their networks is able to keep pace with customer demand and alternative offerings during the transition.

The list of variables includes the cost and complexity of building out fiber networks, competitive threats and the growth of consumer demand measured by the speed and bandwidth of broadband networks. Making things even more complicated is the reality that these variables, which are constantly changing, are also intertwined.

Take for example, the potential impact of the recent surge in public funding for broadband buildouts. In the U.S. alone, more than $100 billion has been proposed over the past few months to expand the reach and performance of broadband networks, an objective the Biden White House has likened in importance to the establishment of electricity as a crucial utility in the 1930s.

That largely unexpected influx in broadband spending, ATX’s CEO Dan Whalen argued in a recent blog, could and probably should impact how quickly cable operators upgrade their HFC plants to DOCSIS 4.0. That’s because much of that funding will go toward FTTH buildouts that are likely to accelerate the wide-scale availability of fiber-based Gigabit-Per-Second (Gbps) symmetrical services, putting pressure on cable operators to offer comparable service rates sooner rather than later. In addition, a surge in public funding is likely to make already scarce resources and trained technicians even scarcer, jacking up the cost and expanding the timeline of future network expansion projects.

Given the potential impact of sudden, or even gradual, changes to these variables, as well as others, cable operators must keep a constant and vigilant eye out for potential fluctuations. That was the main objective of the 2050 Project Survey, a moment-in-time measurement of the current attitudes and insights of cable professionals. The annual survey is designed to provide cable operators with a year-to-year assessment of what their peers are thinking when it comes to their expectations about the impact of variables influencing the evolution of their network.

“Think of it as a sort of meteorological exercise, an annual snapshot of which way industry consensus is blowing.”

Think of it as a sort of meteorological exercise, an annual snapshot of which way industry consensus is blowing on issues influenced by these ever-changing variables, such as when and which version of DOCSIS 4.0 cable operators will adopt, the current threat posed by telcos, utilities and other FTTH providers, and what will be the upper frequency limits of the HFC network.

On that last point, nearly 60% of the cable industry professionals who took the 2021 version of our survey believe that their outside plants will eventually support frequencies of 1.8GHz or higher, with 33% anticipating the need to install taps and passives that support 3GHz of spectrum or beyond. It’s only speculation, of course, but had we asked the same question a year or two ago, before DOCSIS 4.0 was a published specification, it’s highly doubtful that as many survey takers would have expected the HFC network to ever exceed the frequency range of 1.2GHz.

What do you believe will be the top frequency of the last tap/passive your company installs in its HFC networks? 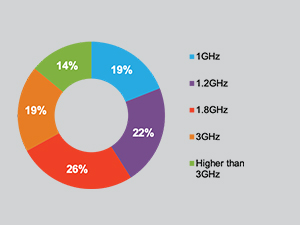 Looking into the future, and given the unexpected government support for broadband expansion mentioned above, our expectations are that the percentage of survey takers who consider the ability to offer 1Gbps symmetrical services an Important (37%) or Extremely important (15%) competitive factor will increase in the 2022 version of our HFC evolution survey.

Competitively, how important is your ability to offer your subscribers 1Gbps symmetrical services? 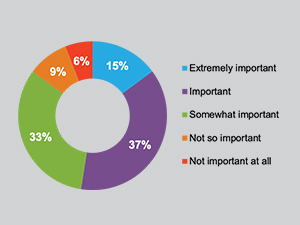 Throughout the remainder of 2021, we’ll be sharing additional findings from this year’s 2050 Project Survey Report, which was published at the end of April, with the full report available here. You can also access a replay of a survey results webinar, webcast in late April and featuring expert analysis from ATX outside plant experts Jay Lee and Mike Whitley.

One of the few constants in the cable industry is that everything changes. While nobody can predict when the next killer app will hit or how regulatory shifts might impact customer demand or available broadband construction resources, getting an annual snapshot of what your peers are thinking and how that thinking changes from year to year could be a big help in bringing the future just a little more into focus.