Are Cable Operators Ready for the Metaverse? 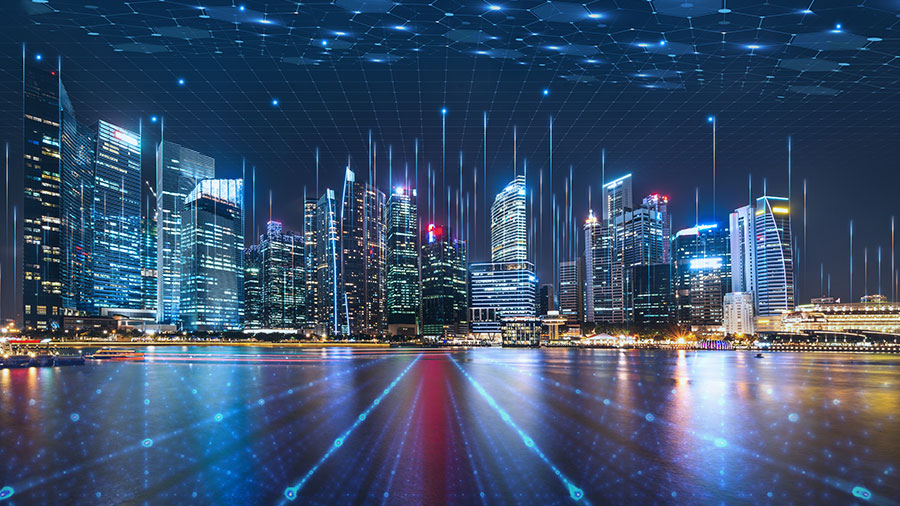 The metaverse is nothing new to science-fiction fans, legions of whom became familiar with the term after its appearance in 1992’s bestselling Snow Crash by Neal Stephenson. For the rest of us, the metaverse is a relatively new phenomenon, thrust into the public spotlight most recently and forcefully by social networking billionaire Mark Zuckerberg, who changed his company’s name from Facebook to Meta near the end of last year.

Definitions and descriptions, especially those associated with the metaverse’s relationship to cyberspace, abound. Most experts are still trying to get their hands around the concept and offer some helpful context, inspiring a flurry of recently published articles postulating and pondering if the metaverse qualifies as the next phase of the Internet or if it’s something altogether new — an Internet replacement. It could take years before the metaverse comes clearer into view. But that doesn’t mean that cable operators, and other broadband providers, shouldn’t already be thinking about the possible impact of a new communications realm, one that’s hellbent on blending the physical and the virtual, on future bandwidth and latency demands.

Any speculation, of course, should start with what we do know. For starters, it’s safe to say that the metaverse is a not your father’s concept of traditional online activities, such as video conferencing and gaming, adding, at the least, an Augmented Reality (AR) or, ultimately, a Virtual Reality (VR) element to just about everything that now takes place in a digital realm. Most experts believe that for the metaverse to mature and becoming meaningful it will require more openness and more cooperation among technology giants – like Microsoft, Meta, Google and Apple – than currently exists. Most of these tech behemoths have largely closed off their corners of the cybersphere to rival platforms, in terms of deep integration and functionality.

It’s also safe to assume that the metaverse, now largely associated with gamers and gaming, will expand rapidly over the coming years and decades. Telemedicine and online learning, already pegged as killer-apps-in-waiting, will evolve at warp speed in the metaverse, as will any type of digital activity with a communal element to it.

The biggest unknown that still needs to be figured out about the metaverse is its impact on future broadband speed and bandwidth requirements. How big a pipe will be needed and how fast will data need to travel across it to accommodate an online session that could involve the concurrent rendering of dozens or even hundreds of three-dimensional people and objects? What most experts do agree on is that the metaverse is latency intolerant and such an environment will only work if latency is basically non-existent.

Here’s a recent take from LightReading speculating that telecom companies are bracing for unprecedented bandwidth surges following Microsoft’s recent acquisition of game maker Activision Blizzard, an argument that could equally apply to cable operators in the U.S.

This is the point in the blog when cable operators will reach for the 10G card, confident that CableLabs’ promised 10Gbps symmetrical connections of the near future will be more than enough to handle anything the metaverse can throw at it. That’s bravado well earned, but based largely on what has happened in the past. The HFC network, since the 1990s, has enjoyed an almost-perfect track record of keeping in front of customer demand and competitive challenges. Could the metaverse put a blemish on that record?

The Internet, as spectacular as its cultural ascendency over the past 30 years has been, is still mostly about shopping and watching movies. That’s about to change in a big way.

That’s a valid question, considering that the broadband world is now entering uncharted territory and is potentially on track for a growth spurt that defies easy measurement, especially using calculations based on historical data. The Internet, as spectacular as its cultural ascendency over the past 30 years, is still mostly about shopping and watching movies. That’s about to change in a big way. Broadband, as ATX CEO Dan Whalen asserts in a recent blog, is entering a Golden Age, where anything is possible in a digital realm and a broadband conduit into the home or business arguably becomes at least equally important to the advancement of the culture as the one carrying electricity.

The trick, of course, is to time that transition, which will require the eventual replacement of millions of miles of coax cable, in a manner that will enable cable operators to continue to fend off fiber- and wireless-based competitors as they migrate from HFC to fiber. This calculation, which one could argue has existential consequences for cable operators, is at the heart of the many planning exercises and technology evaluations that cable engineering teams participate in daily.

The rise of the metaverse could throw a new wrinkle, in terms of timing and technology choices, into cable operators’ plans for evolving their HFC networks. Those that have yet to work the potential impact of the metaverse, a wholly unique computing and communications paradigm, into those calculations will need to start doing so today. If cable companies are unable to upgrade or transition their HFC networks fast enough to accommodate the bandwidth, speed and latency needs of their future customers, who may have speedier service offerings, they will discover the metaverse to be a very lonely place.