Why I’m a Proud Follower of the Cult of Coax

I got nothing against fiber. As far as broadband media goes, fiber’s got a lot going for it. That’s why it’s the go-to choice among broadband service providers, including cable operators, for extending their services to new areas and regions. Nobody is knocking fiber.

But I must admit to getting a little miffed over all the attention fiber is getting lately. The advancement of broadband is suddenly — and rightfully — an intensified focus of the largest countries in the world. Public entities are proposing hundreds of billions in funding to expand the reach and the robustness of broadband connectivity — and fiber, along with next-generation wireless technology, is the presumed primary target of all this spending.

Again, that just makes good sense, considering that nobody is disputing fiber’s fitness for greenfield buildouts. It is a little irksome, though, when fiber or wireless technology is exclusively associated with the future, or “futureproofing,” as several of these public-funded initiatives seem to suggest.

That’s a big dis to coaxial cable, which I’m not about to stand for.

When it comes to the future, or being a futureproof medium for broadband, coax is conceding nothing, at least not for the next few decades or more.

Coax, which connects more homes to the Internet in the United States and elsewhere than any other medium, enjoys a rich and glorious past. But that in no way means it’s past its prime or ready to ride off into the sunset — to play vinyl to fiber’s MP3.

Nope. When it comes to the future, or being a futureproof medium for broadband, coax is conceding nothing, at least not for the next few decades or more.

So, how much do we love coax? Let us count the ways. Here’s a quick hit of the top five reasons coax will be at the top of our playlist for a long, long, long time to come. 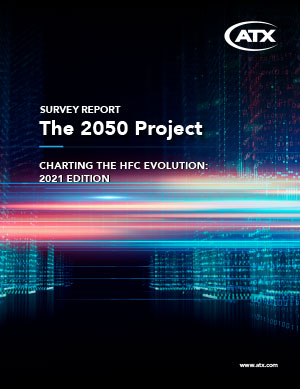 Look, we know that all-fiber networks will eventually supplant the HFC network. We’re even charting the inevitable, but lengthy, HFC-to-FTTH transition. But that doesn’t mean coax is going to be surrendering the future to fiber anytime soon. The HFC network might be approaching mid-life, but there’s no crisis in sight.

The Cult of Coax? Count me in.