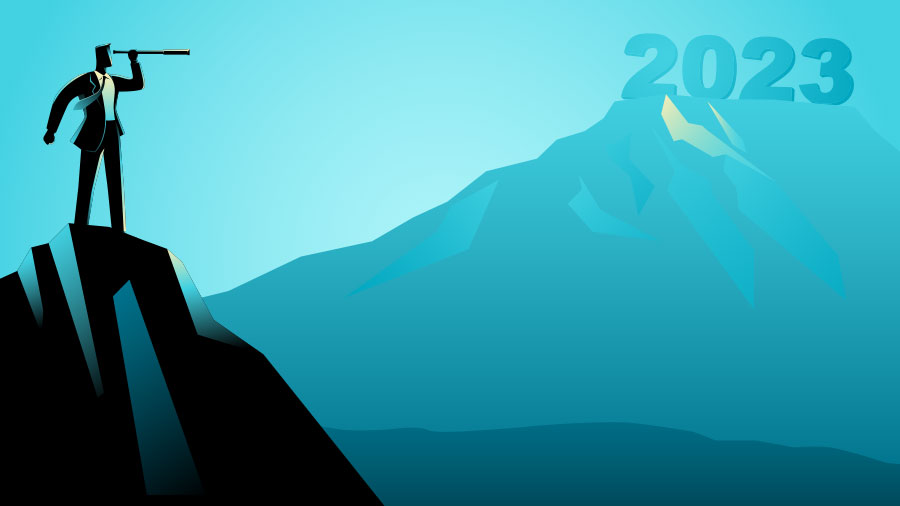 Three of my favorite end-of-year events are ATX’s annual Ugly Holiday Sweater contest, reordering my Word-of-the-Day desk calendar and digesting the banquet of industry blogs and articles offering predictions for the coming year. ATX, with an assist from our friends at BTR, contributed to the cornucopia of 2023 prognostications with our own analysis of things to watch for in the year ahead.

I don’t believe any of our predictions for the cable industry venture too far out on a limb. For a company that prides itself on innovation and outside-the-box thinking, we’ve got a pretty firm grip on the practical and the achievable when it comes to assessing where the industry is headed and how we can help our customers get there in the most cost-efficient way.

But one of our 2023 predictions we feel especially confident about — one we would bet the house on —is that sometime before the end of next year the economic case for DOCSIS 4.0 over fiber overbuilds will move even further into no-brainer territory. After all, most cable operators that have calculated the cost to upgrade existing HFC networks vs overbuilding them with FTTH already recognize the wisdom in further extending their investments in HFC.

That recognition is being backed up by recent estimates and findings from research houses, like this one, and this one, suggesting, respectively, that the price tag for HFC upgrades will not be as costly as once estimated and that the opposite could be true of fiber. The “to do DOCSIS 4.0 or not do DOCSIS 4.0” question, of course, is not just about money. MSOs must also factor timing and competitive considerations into their decision making. In both those cases, as well, we believe eventually moving to the next version of DOCSIS, after maximizing the potential of DOCSIS 3.1, makes the most sense.

But maybe the best way to make the case for DOCSIS 4.0 is to push back on some of the disinformation that’s been circulating throughout most of 2022 about the agility and flexibility of the hybrid fiber-coax network.

The HFC network is roughly 30 years old, its unofficial birth coinciding with the installation of the first fiber nodes in 1992. It’s also composed of millions of miles of coax, connecting billions of devices. In other words, an overnight upgrade is not within the realm of reality. So, yes, some portions of the HFC network are going to be outdated until they can be upgraded. But that’s true of any monolithic structure.

But it’s also true that the HFC network is constructed in a way that allows for continuous innovation, continuous increases in speed, reliability, security and responsiveness – without the need to start from scratch. That’s actually the HFC network’s superpower, not its kryptonite, as some have suggested. The outside plant, for example, can be upgraded to deliver multigigabit symmetrical services in most cases entirely through drop-in upgrades of actives and passives. That’s not a cost-free upgrade by any means. But it is far less expensive, faster and not nearly as disruptive as building out a new network.

Ultimately, 2023 is going to see cable operators significantly ramping up the evolution of their HFC networks through a new expansion cycle that will serve as the unofficial launch of their 10G networks.

A related line of misinformation is that critical HFC components are nearing the end of their lives and that MSOs can avoid squandering their technology investments by accelerating their transitions to an FTTH architecture. The technology supplier space in the cable industry has undeniably transformed over the past few years, creating legitimate concerns over future product development and support. But there exists a core of reliable technology suppliers that are committed to the long-term evolution of the HFC network and making sure MSOs are able to extend the usefulness of critical technology.

ATX’s 2020 introduction of its GigaXtend GMC HFC amplifier technology, now extended to 1.8GHz, for example, provides an upgrade path for the popular and widely deployed GainMaker® technology for decades to come. More recently, ATX just completed a technology licensing agreement that protects past investments in the widely deployed GS7000 nodes and Prisma II optical platforms, ensuring that each of these systems will evolve and can continue to be deployed by MSOs well into the future, with support for both legacy HFC and DAA architectures on the roadmap. The transaction essentially makes moot the EOL actions issued by the original manufacturer.

Deeply immersive technologies that require boatloads of bandwidth, like virtual and augmented reality, are making their way into the mainstream. Similarly, applications that utilize these technologies, such as game play, telemedicine and distance learning, will make significant contributions to society in the not-too distance future. But don’t be fooled into believing that the HFC network will lack sufficient speed to host these applications, and others like them, when they are commercially available.

The current lead in speed that FTTH providers enjoy over MSOs is largely a meaningless one. That subscribers can currently purchase fiber-based broadband services that offer peak rates of several gigabit per second makes for good marketing but has no practical value in today’s marketplace. It is, as this blog argues, the equivalent of buying a car capable of speeds of 500 miles per hour to drive to the local supermarket. Yes, those types of speeds will eventually be utilized by the types of applications described above. But long before that day comes, MSOs will have moved into the same performance range as FTTH providers through DOCSIS 4.0 and the CableLabs 10G initiative, which unleashes 10Gbps speeds in the downstream and roughly 6Gbps in the upstream of HFC networks.

In fact, we’re predicting that raw speed will actually lose ground in 2023 as a top concern for subscribers seeking an optimal broadband connection. While some service providers will continue to pursue market mindshare through the introduction of hyper-fast, but mostly superfluous, multigigabit services in the coming year, other defining attributes of broadband connectivity, namely security, reliability and latency, will acquire increasing importance throughout 2023. In fact, delivering reliable gaming, browsing or streaming experiences — free from interruption, jitter or lag — is likely to be as relevant, if not more so, than speed as a criterion for selecting a broadband service package in 2023.

Ultimately, 2023 is going to see cable operators significantly ramping up the evolution of their HFC networks through a new expansion cycle that will serve as the unofficial launch of their 10G networks. That’s why ATX has spent much of 2022 putting in place the infrastructure and operations that will allow us to scale our business to make sure our customers can accomplish their ambitious network evolution goals without labor or logistical impediments slowing them down.

Four of those actions include the expansion of our professional services organization; the launch of a Field Personnel Replenishment Program (FPRP) that’s designed to help MSOs address labor shortages; expansion of our contract manufacturing and opening of a U.S.-based facility; and, most recently, the appointment of a Senior Vice President of Operations with a well-respected track record of scaling and streamlining operations.

Wrapping up, maybe the most inaccurate piece of misinformation out there is that MSOs are fiber unfriendly. It’s a false narrative designed to suggest that cable operators maintain an unbreakable allegiance to coax and are in opposition to all other transport mediums. That’s nonsense, of course, and not just because the F in HFC stands for fiber. MSOs have recognized for years that fiber is the future and that the evolution of their HFC networks ultimately ends in the migration to all-fiber access networks.

The only allegiance that matters to MSOs is the long-standing one they have with their subscribers. That means continuing to provide them with the best and most affordable broadband experience available. While fulfilling that mission will eventually mean converting all the coax in their networks to fiber, that day is still decades away. For now, the fastest and most cost-efficient option for keeping subscribers happy is the eventual adoption of DOCSIS 4.0.

I don’t know how to say it more eloquently than that. And that’s without consulting my Word-of-the-Day calendar.