Why the Value of CableLabs’ 10G Challenge Far Exceeds $300K 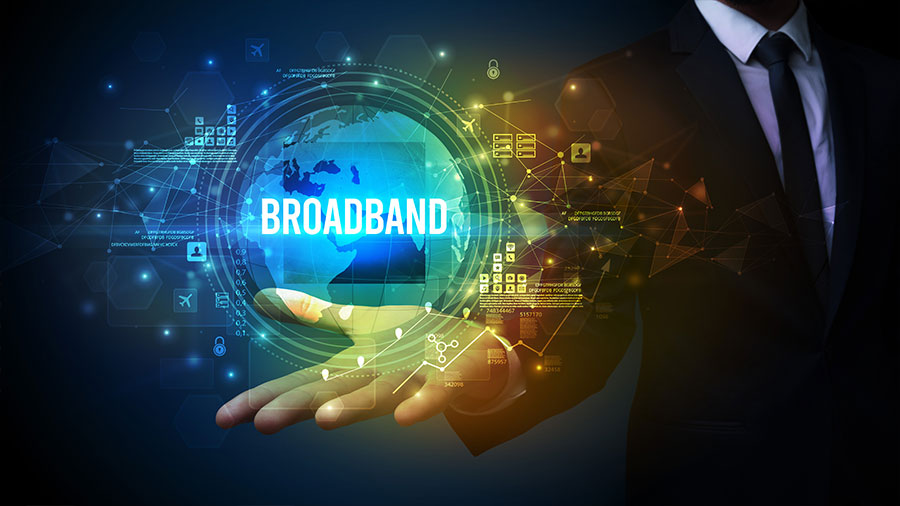 Bravo to CableLabs for incenting a new wave of next-generation applications aimed at improving the way we live, work, learn and play. The organization’s recently launched 10G Challenge will award a total of $300,000 to innovators developing services, applications or technologies that will leverage the increased speed and lower latency of the 10G network of the future.

The contest strikes a perfect chord for several reasons. For starters, it shines a spotlight on the vital role that innovation and ingenuity play in influencing the evolution of the HFC network. The cable industry, especially come Cable-Tec Expo time, tends to tunnel vision on technology, focusing almost exclusively on what engineers and technologists are doing to make broadband faster, more responsive and more reliable.

Don’t get us wrong. Talking about what’s happening in the labs and out in the field, as well as how to ready your network for future technology upgrades, are vitally important topics and worth every second of the considerable attention they attract during industry events. Check out ATX’s exploration of the path to DOCSIS 4.0, featuring Cox Communications Sr. Director of OSP engineering, at last month’s Cable-Tec Expo to get our most recent take on how to expand spectrum to 1.8GHz.

But the 10G Challenge offers value beyond the prize money because it reminds us that it’s the apps, the mechanisms by which individuals and businesses interface with and utilize the underlying technology, that drive the expansion of the network and brings real purpose to the broadband industry. It reminds us that what we are doing, building a network capable of advancing the human condition, is important work.

CableLabs’ 10G Challenge is also perfectly timed. With big tech companies now facing so much scrutiny and so many influencers openly questioning if digitally charged social interactions, maybe the primary reason billions of us go online, are beneficial to or a blight on society, it’s important to recognize and encourage the creation of applications that are unambiguously benevolent, like distance learning and telemedicine.

As much as we love the 10G Challenge, we do have a couple of observations. The first is that it may suffer slightly from a cart-before-the-horse sequencing. Finding the next killer app, which is in some ways the objective of the CableLabs challenge, is often a build-it-and-they-will-come proposition. Netflix didn’t start streaming movies and television programs until the Internet could support the enterprise in a meaningful and commercially viable way. Similarly, the apps that best leverage the power and speed of 10G are not likely to emerge until multi-gigabit connectivity is widely available.

Mother of all Sandboxes

That’s because even the most innovative developers will be challenged to dream up applications for a network that really doesn’t exist outside of the lab or is only available to the very few. But don’t worry. The lag between the wide-scale deployment of 10G and the rollout of applications that really begin to exploit its capabilities will be a short one. A broadband network supporting symmetrical multi-gigabit speeds, as this white paper predicts, will be the mother of all developer sandboxes.

A broadband network supporting symmetrical multi-gigabit speeds will be the mother of all developer sandboxes.

But it’s not the raw speed and power of 10G alone that will spur the development of applications that will reimagine the way we learn, live and communicate. Think of 10G as a hyper-fast enabler, one that will help to unleash the power and creativity of adjacent digital technologies, such as AI, AR, VR, light-field holographic displays and other deeply immersive experiences. 10G broadband will supercharge all those bandwidth-hungry technologies, along with yet-to-be-invented ones, while providing a common, superfast platform on which to mash up their capabilities.

And that leads to the second observation, that CableLabs’ generous contribution, a fantastic kickstarter fund, will soon be eclipsed by the forces of the free market. Nothing gets the entrepreneurial juices flowing faster than the opportunity to hit it big on the Internet. Not only will a ubiquitous 10G network attract innovative developers by the thousands, venture capitalists and other investors will soon be throwing billions at what they hope will be the next Amazon or Facebook, er, make that Meta.

And speaking of Meta and the metaverse, the virtual future sketched out by Mark Zuckerberg a couple of weeks ago will leverage all of the technologies mentioned above, as well as consume oodles of bandwidth.

But it’s important to keep in mind that the Golden Age of Broadband we are now entering will only be realized if it is affordable and accessible to everyone. Closing the Digital Divide is as vital to the advancement and evolution of the HFC network as app development and technology advancement, if not more so. Nothing stimulates commercial ventures more than numbers. If the 10G network of the future is only available to the digital haves, and not the digital have-nots, the participation and enthusiasm of developers and investors will be severely muted.

So, thank you again, CableLabs, for your generosity and understanding that it’s applications and human ingenuity that will drive the evolution of the HFC network, the most agile and economic option for meeting the broadband demands of future generations, as much as technology. We’re glad you get it. That’s the important thing. The 10G Challenge prize money, to be awarded next summer, is just icing on the cake.