Will the HFC Network ever Get to 3GHz? 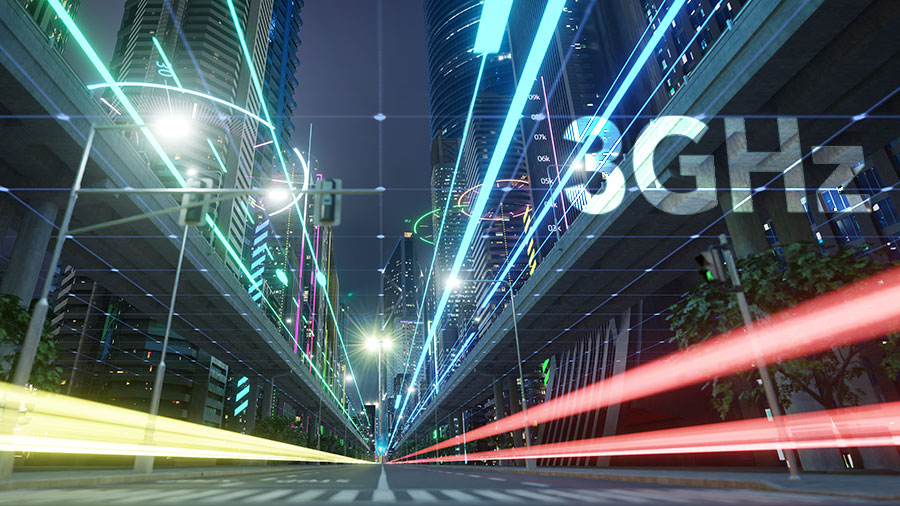 Cable companies knew what they were doing more than a half century ago when they selected coaxial cable as their preferred medium. Estimates vary, but most cable technology experts calculate that modern coax cable is capable of supporting frequencies topping off between 6–10GHz, meaning that MSOs could theoretically harvest another 5GHz or more of spectrum from the millions of miles of coax cable that currently carries their services into tens of thousands of neighborhoods around the world.

But chances of that happening are thin. Given the rate that MSOs are pushing fiber deeper into their HFC network and attacking greenfield buildouts with fiber all the way to the home, cable operators are likely to have migrated the whole of their infrastructures to fiber at some point before maximizing the traffic-carrying capacity of coax cable. But what that top speed will be — the highest frequency that will be supported on HFC networks — is difficult to pinpoint.

After all, as recently as a few years ago, many cable professionals might have envisioned 1.2GHz or even 1GHz as the high-frequency mark of their HFC networks. The consensus at Cable-Tec Expo circa 2017 seemed convinced that the evolution of the HFC network had run its course and cable operators would be wise to direct future infrastructure investments toward FTTH.

But a year or two later those calculations changed, driven mostly by the reality of the monumental cost and complexity of fiber overbuilds compared to extending DOCSIS-based networks. The disproportionate expense of overbuilding HFC networks with fiber compared to extending the existing outside plant, which still holds true today, prompted most MSOs to reconsider mining more of their investments in HFC. And then in 2019, CableLabs released the DOCSIS 4.0 specifications, which call for extending the HFC spectrum to 1.8GHz, accompanied by considerable industry chatter about eventually extending spectrum out to 3GHz.

In fact, 35% of the cable professionals who worked for MSOs serving more than 10 thousand subscribers and participated in our inaugural 2050 Project Survey, believed that the last passive they would install in their networks would be capable of a frequency passband of 3GHz or even higher. The most popular response back in 2021 to the question asking cable professionals to estimate the top frequency of the final tap they would install in their network was 1.2GHz, attracting 27% of survey takers. A fifth (20%) of respondents answered 1.8GHz.

What do you believe will be the top frequency of the last tap/passive your company installs in its HFC networks?

A year later, cable professionals appear to have lowered the anticipated frequency ceilings of their HFC network. Now, only 25% of respondents believe that their HFC networks will extend to frequencies of 3GHz or more. The number one response in our 2022 survey, tied with 1.2GHz at 31%, is 1.8GHz.

So, what has changed over the past year? What might explain the drop-off in support for higher frequencies in the HFC network and a more significant embrace of 1.8GHz as potentially the frequency high mark of the HFC network?

What might explain the drop-off in support for higher frequencies in the HFC network and a more significant embrace of 1.8GHz as potentially the frequency high mark of the HFC network?

One explanation for what seems like a mindshare shift toward 1.8GHz as the endgame of the HFC network is growing momentum behind the idea that the speed and bandwidth gains, largely represented by CableLabs’ 10G initiative and made possible by DOCSIS 4.0, will fortify cable operators with the means to satisfy customer demand and ward off competitive challenge far into the future. The multigigabit symmetrical speeds made possible by upping spectrum frequency to 1.8GHz, many cable professionals apparently believe, will buy MSOs enough time to complete their migration to FTTH.

In Good Hands with DOCSIS

In that scenario, which would put MSOs in position to make their next major technology upgrade a fiber-based one, 3GHz becomes a sort of insurance policy. What that means, and as expanded upon in this blog, is that if DOCSIS 4.0 runs out of steam earlier than anticipated, due to the introduction of unforeseen and bandwidth-voracious killer apps or related competitive threats, 3GHz-based HFC technology would give cable operators another opportunity to mine investments in their HFC plants and more time to cost-efficiently transition their networks to FTTH.

That 3GHz-as-insurance hypothesis is supported by the fact that many cable operators are wisely hedging their bets by insisting, where possible, that suppliers of 1.8GHz technology provide an upgrade path to 3GHz and potentially higher frequencies.

That leaves us, of course, with an unsatisfactory answer to the question the title of this blog ponders. Will today’s HFC network ever reach speeds of 3GHz? Too early to tell. But rest assured, we’ll keep asking.

For additional data about the HFC evolution plans of cable professionals, please download the entire results of the most recent edition of the ATX 2050 Project Survey Report.